Five translation and localization errors and how to avoid them

Many of the world’s leading brands have iconic slogans which are instantly recognizable. When you hear the phrase “Just Do It” you instantly think of Nike or when someone says “I’m Loving It” then the golden arches of McDonald’s pop into your head. But how do these famous slogans sound in other languages?

Businesses are aware of how important it is to appeal to a global audience and endeavor to ensure that the meaning of their advertising campaigns is not lost in translation. Some companies, however, have made mistakes during the localization and translation process. Let’s take a look at five such errors made by some of the world’s biggest businesses in recent years. 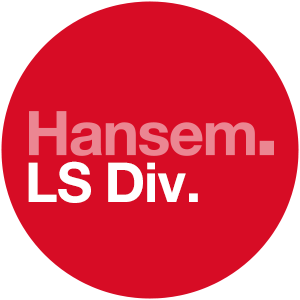 1. In the 1960s, Pepsi created a new slogan, “Come alive! You’re in the Pepsi generation”, to appeal to a younger audience. Unfortunately, it would have appealed to those much older in China as when it was translated into Mandarin it read “Pepsi Brings Your Ancestors Back from the Dead!” Allegedly, the translators were asked to translate the abbreviated phrase “Come Alive with Pepsi”, which led to the mistake.

2. Toothpaste brand Pepsodent began selling its products in Southeast Asia with the slogan “You’ll wonder where the yellow went when you brush your teeth with Pepsodent”. The toothpaste wasn’t popular in the region, however, as many of the locals consider black teeth to be attractive.

3. Chinese can be a difficult language to master, as Kentucky Fried Chicken (KFC) found out shortly after it opened its first store in China in 1987. KFC’s famous slogan “Finger Lickin’ Good” was mistranslated to “Eat Your Fingers Off”, before the fast food chain quickly changed it after discovering the error.

4. When canned and frozen vegetable brand Green Giant moved into the Middle Eastern market, it soon discovered that its “Jolly Green Giant” character was somewhat more threatening in the region. In Arabic, “Jolly Green Giant” is translated to “Intimidating Green Ogre”, which left the firm with a different mascot altogether.

5. Pepsi again encountered difficulties in Asia when it decided to change the color of its vending machines from dark blue to light blue in the 1950s. This was a problem in Southeast Asia as light blue represents death and mourning in the region and led to Pepsi losing some of its market share to rival Coca-Cola.

The above examples highlight how important it is to get the translation and localization process right. Firms should have an excellent grip of any language they work in to avoid errors which could at best cause embarrassment and at worst lead to a loss of sales. It is vital to present a professional image at all times, as poorly translated text can damage a brand’s reputation overseas. Furthermore, international companies should research the culture of any country that they operate in to ensure that they respect local customs and traditions. What is acceptable or positive in one country may be perceived negatively in another, so businesses should never take a uniform approach to their overseas operations. A tailored approach will help overseas customers embrace a new brand.

Based in South Korea, HansemEUG is a leading localization service provider. Our highly skilled team can create and localize content in more than 72 languages. We work tirelessly to ensure our clients’ brands and content are accurately conveyed throughout the world. For more information about our services, please contact Brian Cho (briancho@hansem.com) or visit our website.