A TRIP TO HO TRAM 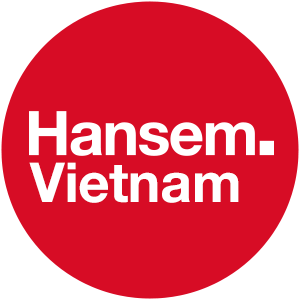 After two long years of delay due to the worldwide pandemic, the once-a-year special trip to celebrate Hansem Vietnam’s anniversary finally made its comeback!

It was a very special occasion, not only to celebrate Hansem Vietnam’s 7th birthday, but also a heartful thank-you to everyone for their effort during difficult times. It was also a chance to connect the old members with the new additions to our company during the last two years.

We gathered in front of Hà Phan building at 5:30 AM, full of eagerness and anticipation. The bus wheels started rolling at 6 AM. Our guide, the friendly and jovial Ms. Hoa, shared with us many interesting tidbits about the upcoming destinations on this trip. Thanks to her contagious energy, all drowsiness was driven away.

The sheep farm greeted us with flocks of fluffy animals in different colors and sizes. Some were professional at being handled by humans, letting us pick up and pass around – one baby sheep even fell asleep in Ms. Hỷ’s arms. Some were docile, content to lay down, munching on the grass and accepting all the petting. Others, however, were shy and avoided any contact with humans. It was understandable so we didn’t try to pursue the ones that ran away.

The vast meadow next to where the sheep were kept was a wonderful place for taking photos. Needless to say, an uncountable amount of photos were taken with various “combinations”: the teams as divided by workflow, the sub-units in each team (the C3s, the 96-liners, the VAT team, etc). Many eccentric concept and poses were also recorded. Mr. Toàn’s sunglasses got in a little accident which resulted in him being dubbed The One-Eyed Prince – but it brought us a good laugh so everything was fine. 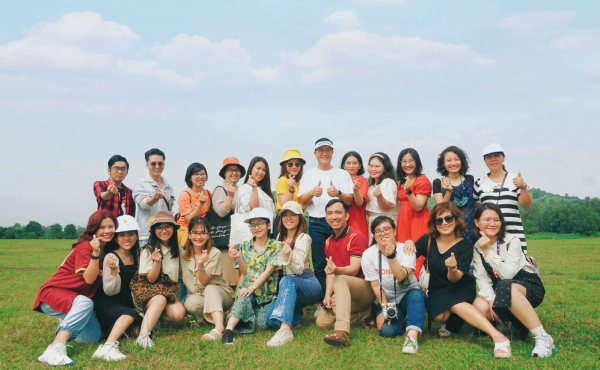 Hansem Vietnam – So Much Love! 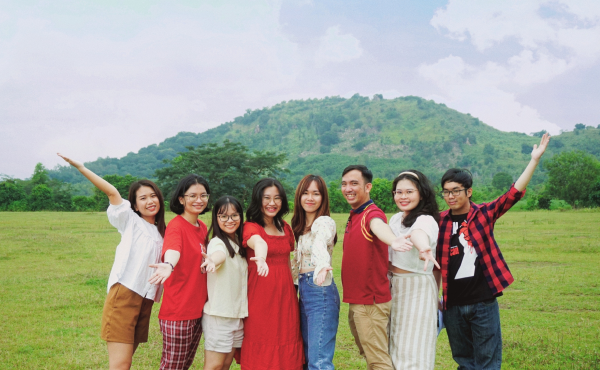 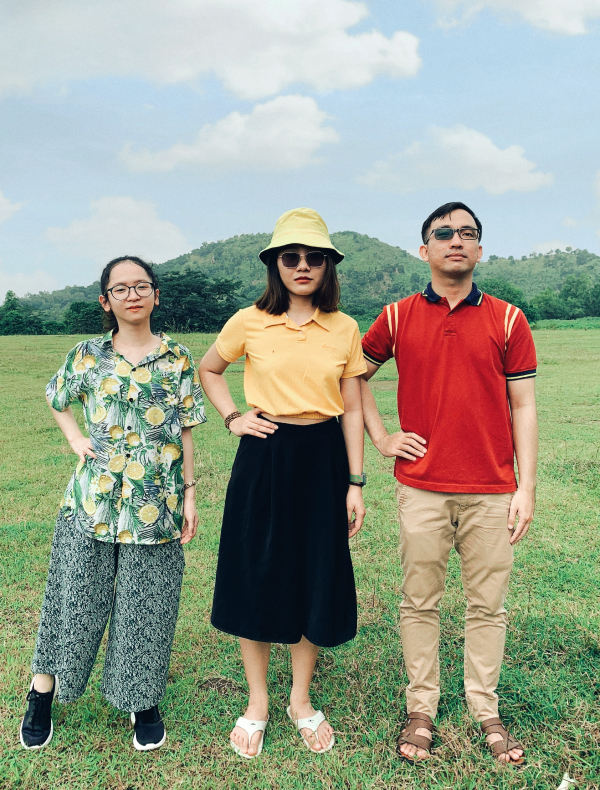 The traffic lights with Ms. Tuệ, Ms. Ngân and The One-Eyed Prince 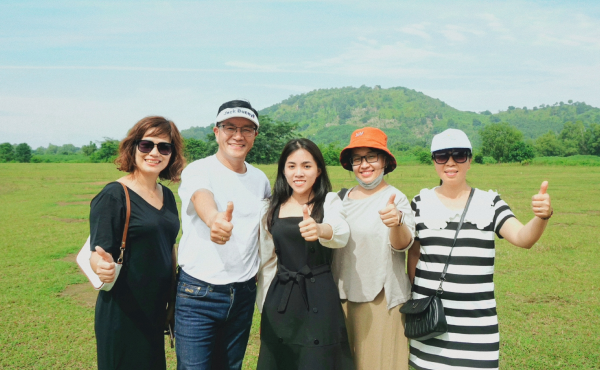 The next stop on our journey is Trúc Lâm Chân Nguyên Zen Monastery. The history of this order dated back to the Trần dynasty in the 12th century. We spent a few minutes in the main palace to bath ourselves in the calming fragrance of incense and relax our minds. Then, we stepped out to the garden and encountered some special residents of this place: the monkeys. They were used to the presence of humans and weren’t afraid of us at all. Some were even so bold as to pull on humans’ clothes demanding for food. If anything, we were the ones wo had to be wary of the monkeys as fights tended to explode any time with violent screeching and chasing.

We arrived at Seava Hồ Tràm resort at noon and immediately went to fill up our growling stomachs. Then, we returned to our rooms to unpack and rest for a bit before making our way to the beach for the, well, beach party. However, instead of a walkway filled with smooth white sand in our imagination, it was an arduous journey through TWO giant water puddles. Poor the unfortunate souls who had decided to wear long dress or shoes that weren’t designed to go underwater.

By seaside, Mrs. Thảo demonstrated her amazing skills in making cocktail with Soju wine, Yakult drinking yoghurt and Sprite (soft drink) with berries as toppings. The concoction was mouth-watering from the look and turned out to be one of the best drinks we ever had. 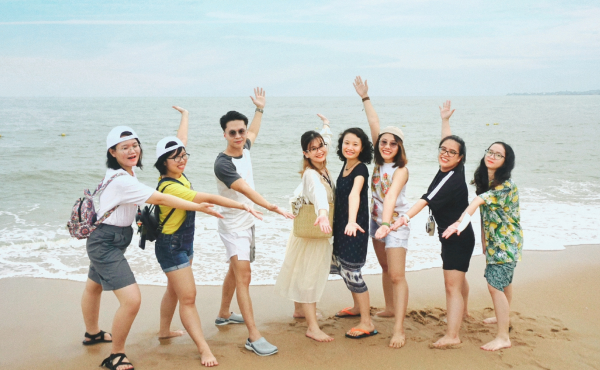 After dinner, it was time for the special gameshow of Hansem Vietnam!

The judges – Ms. Vi and Ms. Mai – had prepared beforehand four crossword puzzles with topics ranging from colors to food and even Hansem Vietnam itself. Our goal was to figure out the answer for each puzzle, then combined the hinted letters into an English idiom, AND find its equivalent in Vietnamese. Even though we had been given time to familiarize with the rules, the four teams (White, Black, Yellow, Brown) still underwent hair-pulling and brain-rattling moments in order to bring victory back to their team. And surprisingly enough, the result was a tie between four teams – further proving that we at Hansem Vietnam possess elite minds alike. 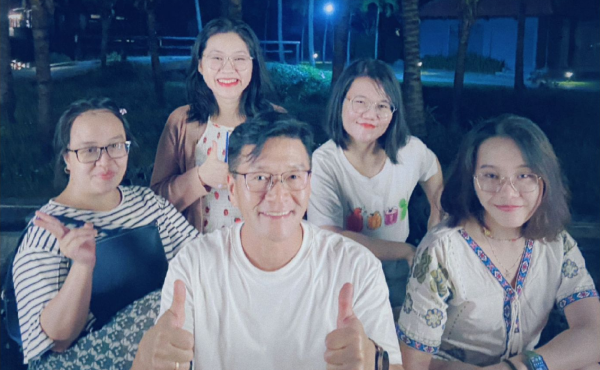 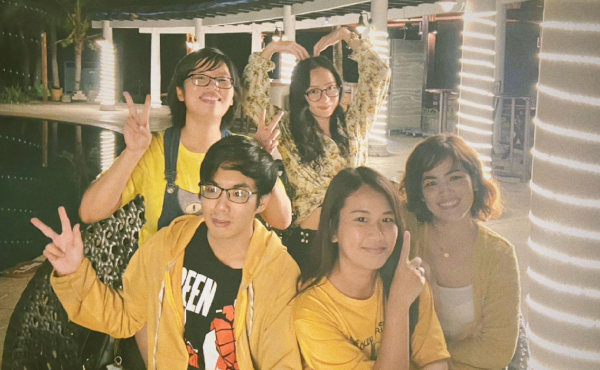 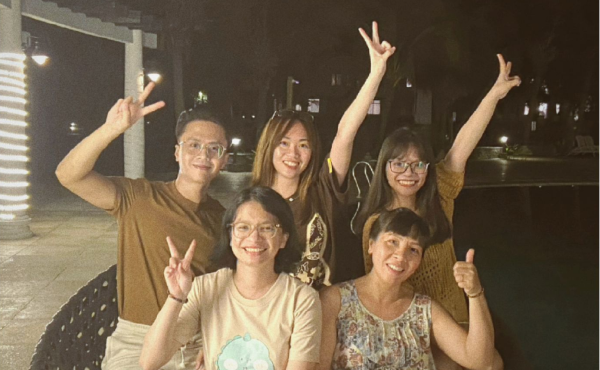 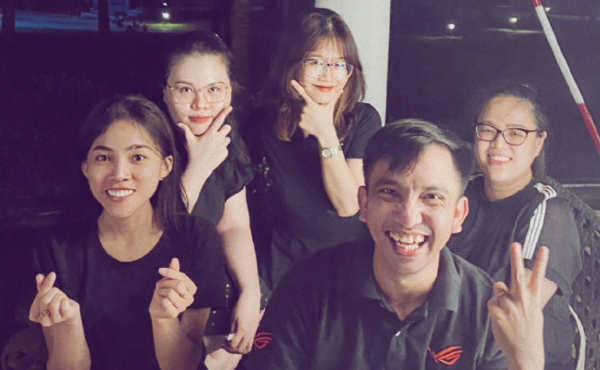 Next came the specialty of Hansem Vietnam: the werewolf game. We only had time for two sessions but the poolside was filled with heated debates and laughter the whole time. As usual, Mr. Toàn never got to live past the second night, either bitten by the wolves or sent to an early grave at the witch’s hand. Minh, one of our newest faces, surprisingly followed Mr. Toàn’s footsteps due to some unknown “vengeance” from Hoa the witch. The victories went to the villager and the (chán đời) respectively, but the wolves also put up a valiant fight.

The next day, before the sun managed to came out of its bed of clouds, we at LQA team had set foot on our journey for dawn-hunting. Thanks to the utmost hospitality of the locals and one enthusiastic driver, we managed to locate the embankment said to be the front row to watch sunrise. Unfortunately, the thick curtain of cloud and fog made it impossible for us to witness the magnificent scene. But in return, we also took lots of unique photos with the sea and sky as background – a worthy paid off for all the trekking and climbing. 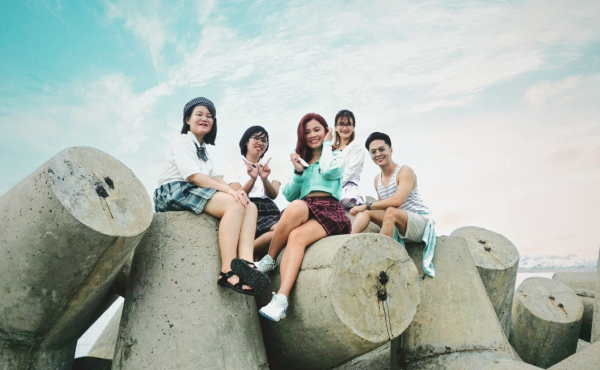 We made it back to the hotel with little spare time to have breakfast and pack up our stuff for an early check-out. Our trip continued at a bubbling hot spring, where we could boil egg by putting them directly under water. And did you know that soaking your feet in such water is good for your health? At least that’s what we thought, the experience was fun nonetheless. 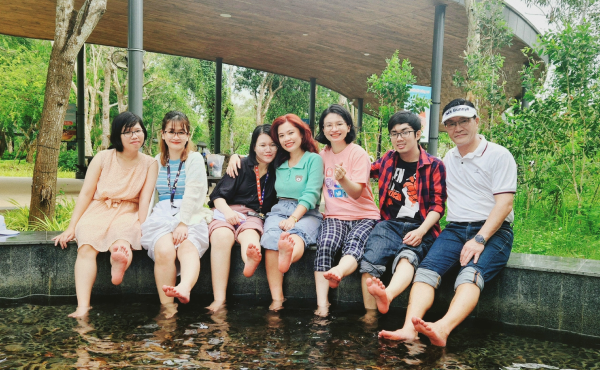 Next to the hot spring was a zoo where all kinds of animals from crocodiles to fawns were kept. We hired a carriage to take us to the blossom zone with a sea of yellow flowers in all their beauty – perfect for a session of photo taking. After that, some of us decided to be a bit more adventurous and went horseback riding (with a trainer leading the way, of course). It took some fumbling to get used to balancing on horseback, but the view was refreshing indeed! 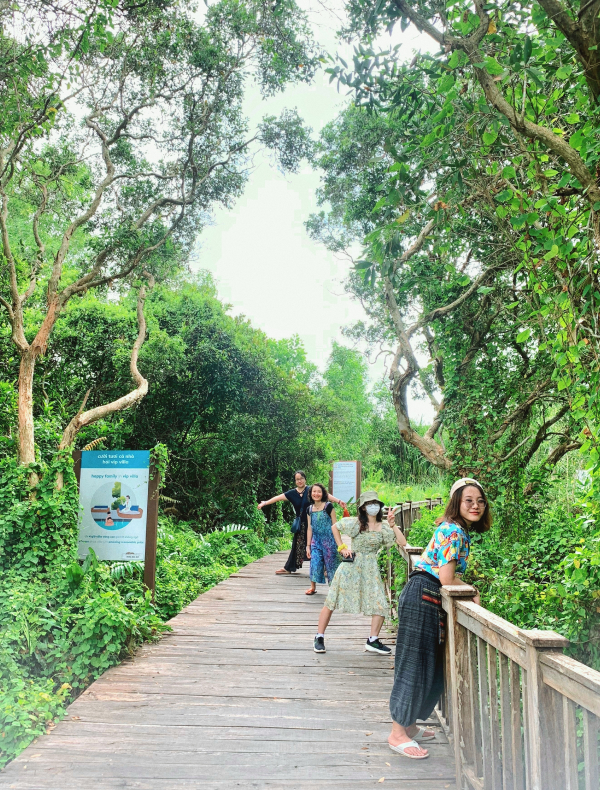 We said goodbye to Hồ Tràm and returned to Hồ Chí Minh city in the evening, officially ending this year’s anniversary trip. Although we only spent two days together, all the fond memories would forever be engraved in our minds and hearts. We at Hansem Vietnam are not family by blood, but the bond we share with each other is just as strong. We eagerly look forward to another year of working along side each other to strengthen this one-of-a-kind bond and overcome any hardship life may throw at us. 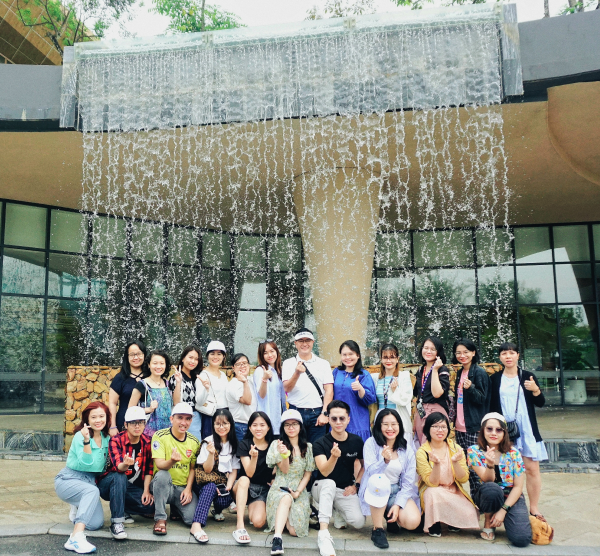